DSA also conducts organizational, arming and physical security & vulnerability assessments for sworn and non-sworn campus police/public safety agencies. DSA can be retained to conduct  external searches for campus Police Chiefs and Directors of Public Safety as well as for Clery and Title IX compliance positions. DSA can also place seasoned practitioners to serve as an interim Police Chief or Director of Public Safety for campuses that need continuity of leadership (typically for 3-9 months, or for a duration that meets the institution’s needs). DSA conducts an array of other services related to emergency response (such as developing and facilitating exercises), campus policing, student conduct and other topics.

Learn more about how DSA stands apart from other Clery Act and Title IX service providers.

Letters of Appreciation and Recommendation 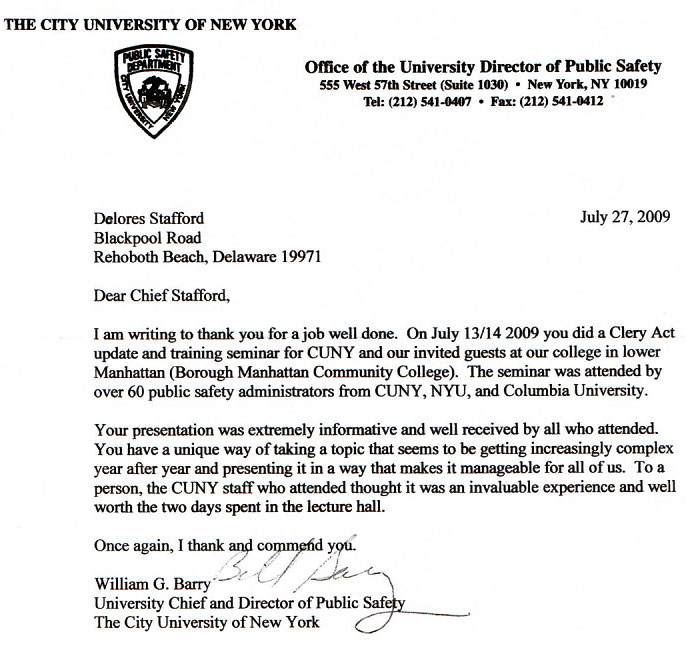 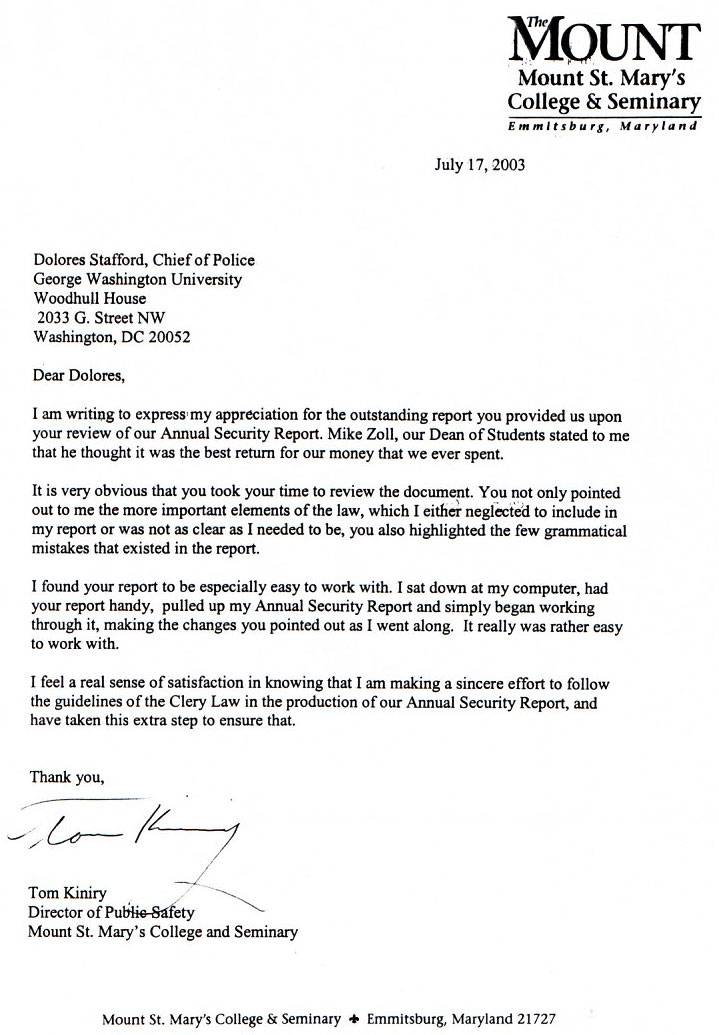 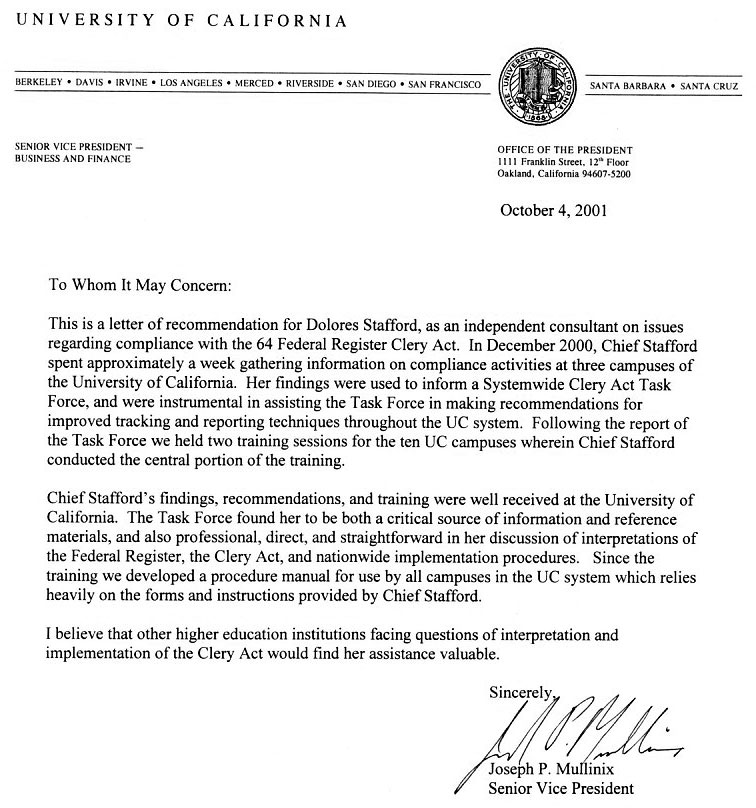 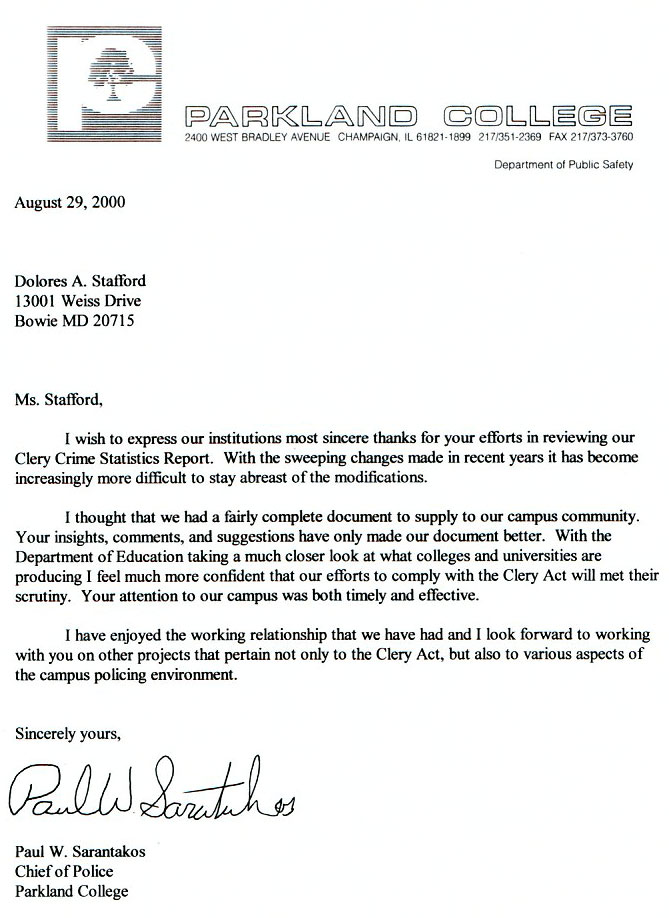 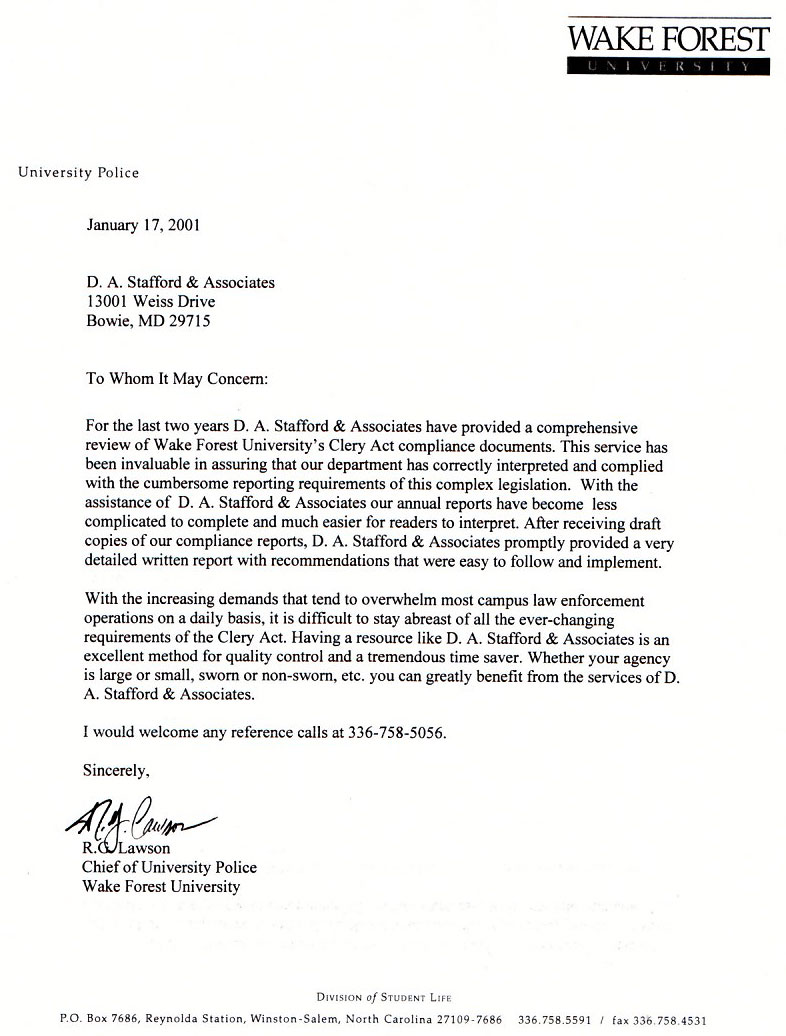 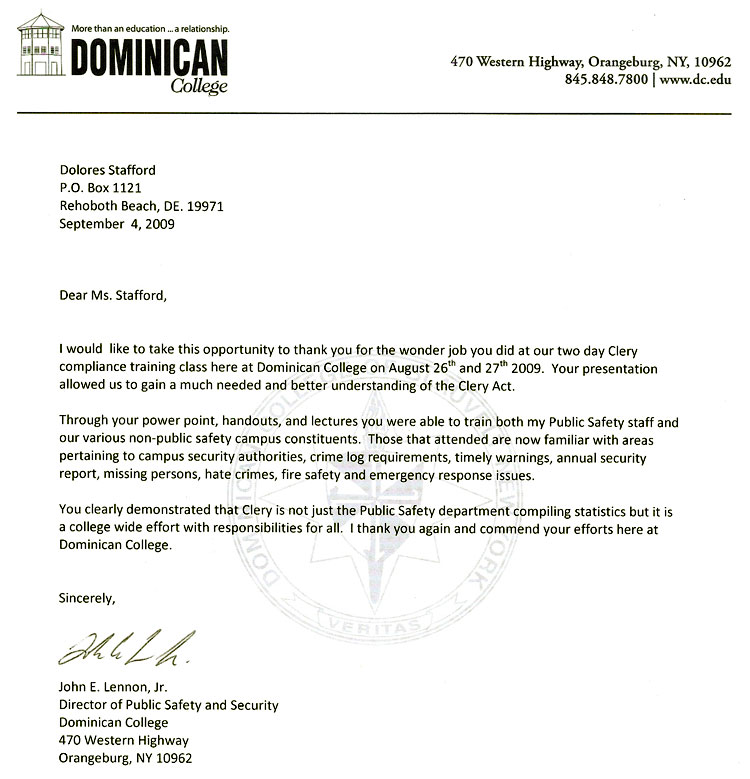 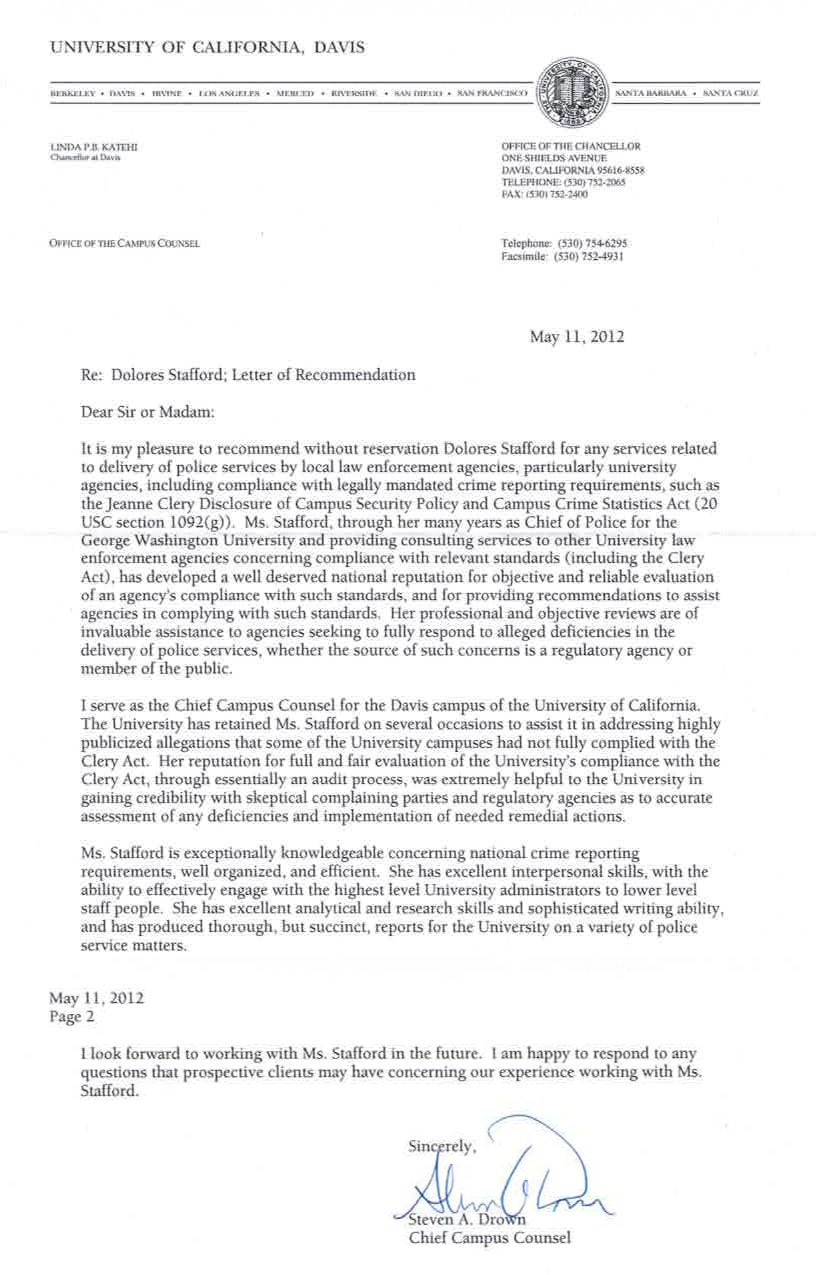 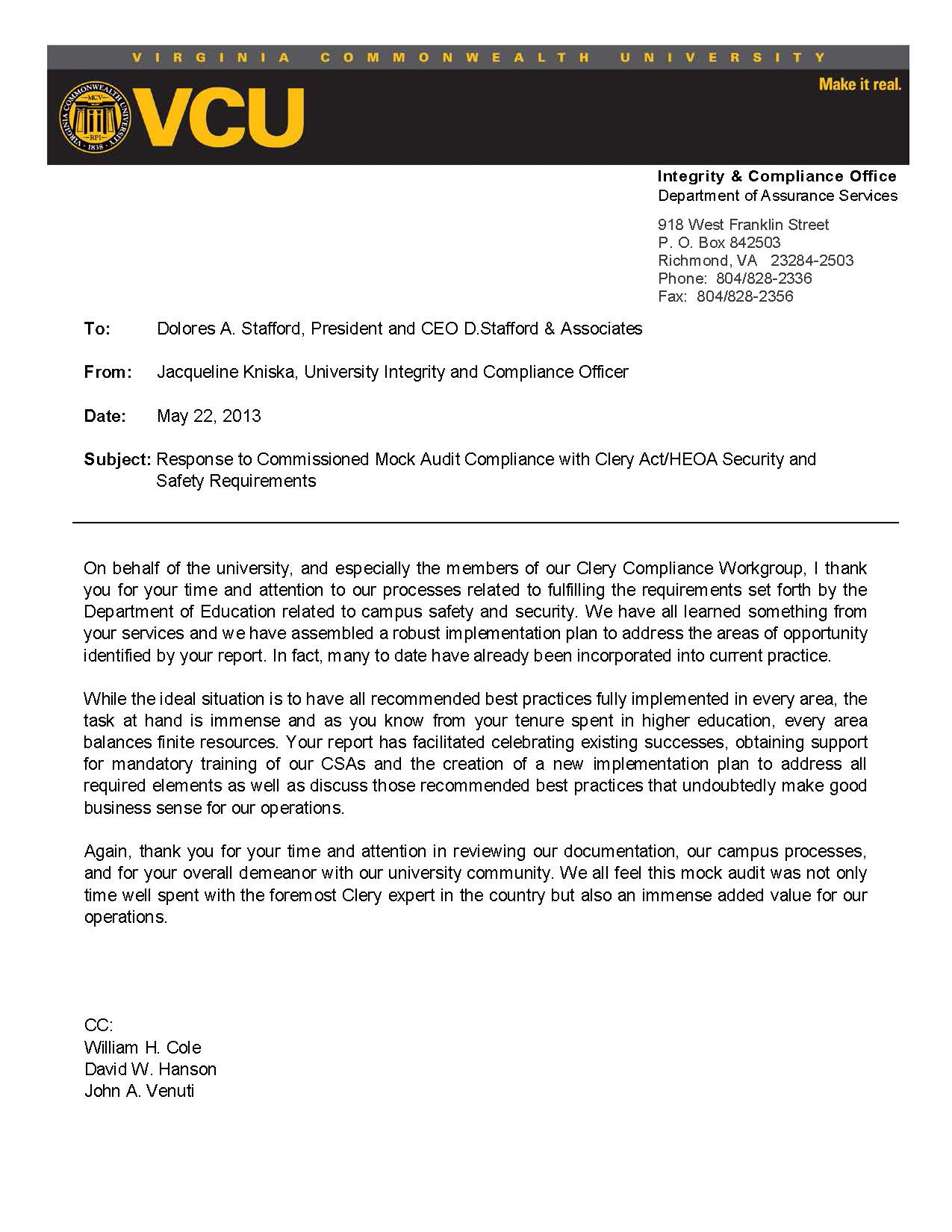 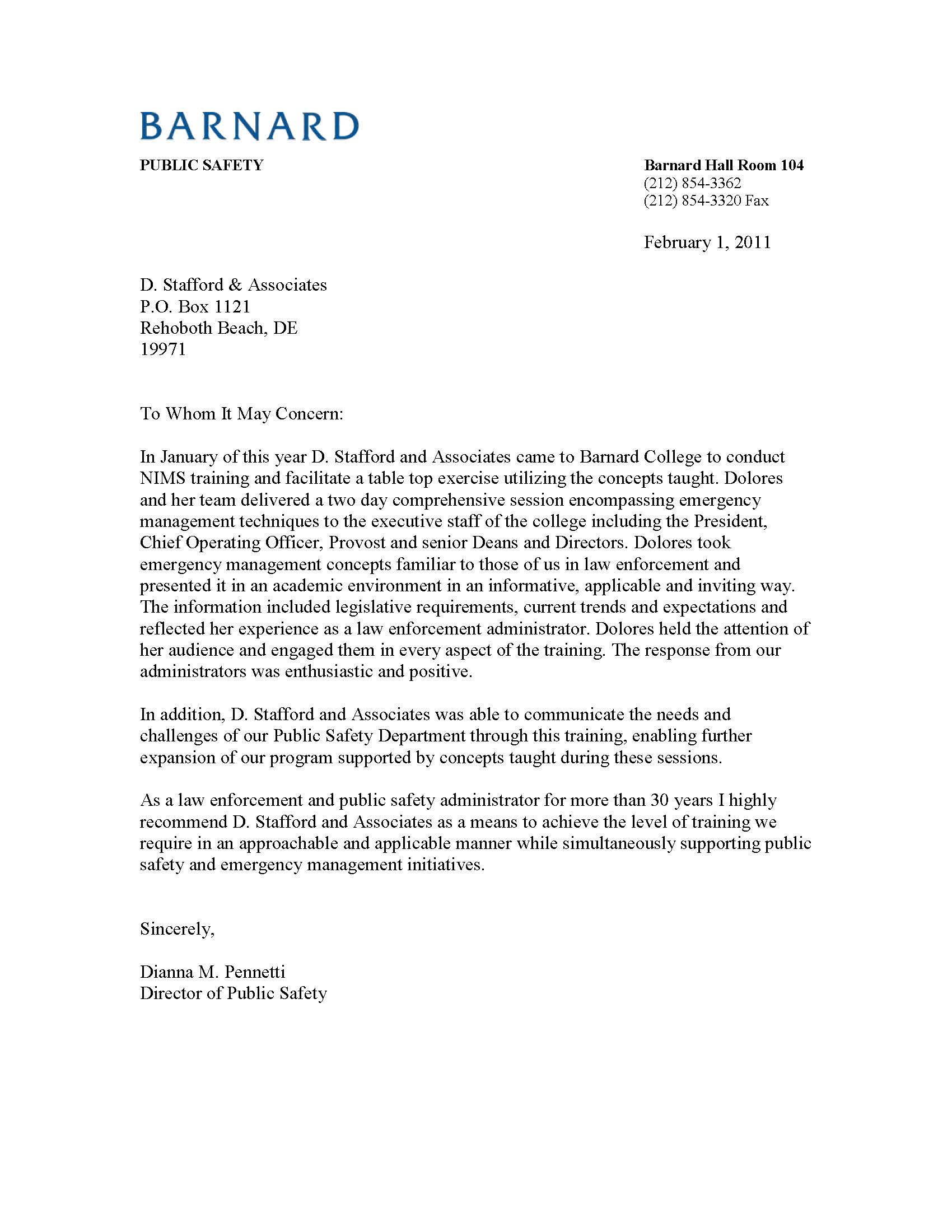 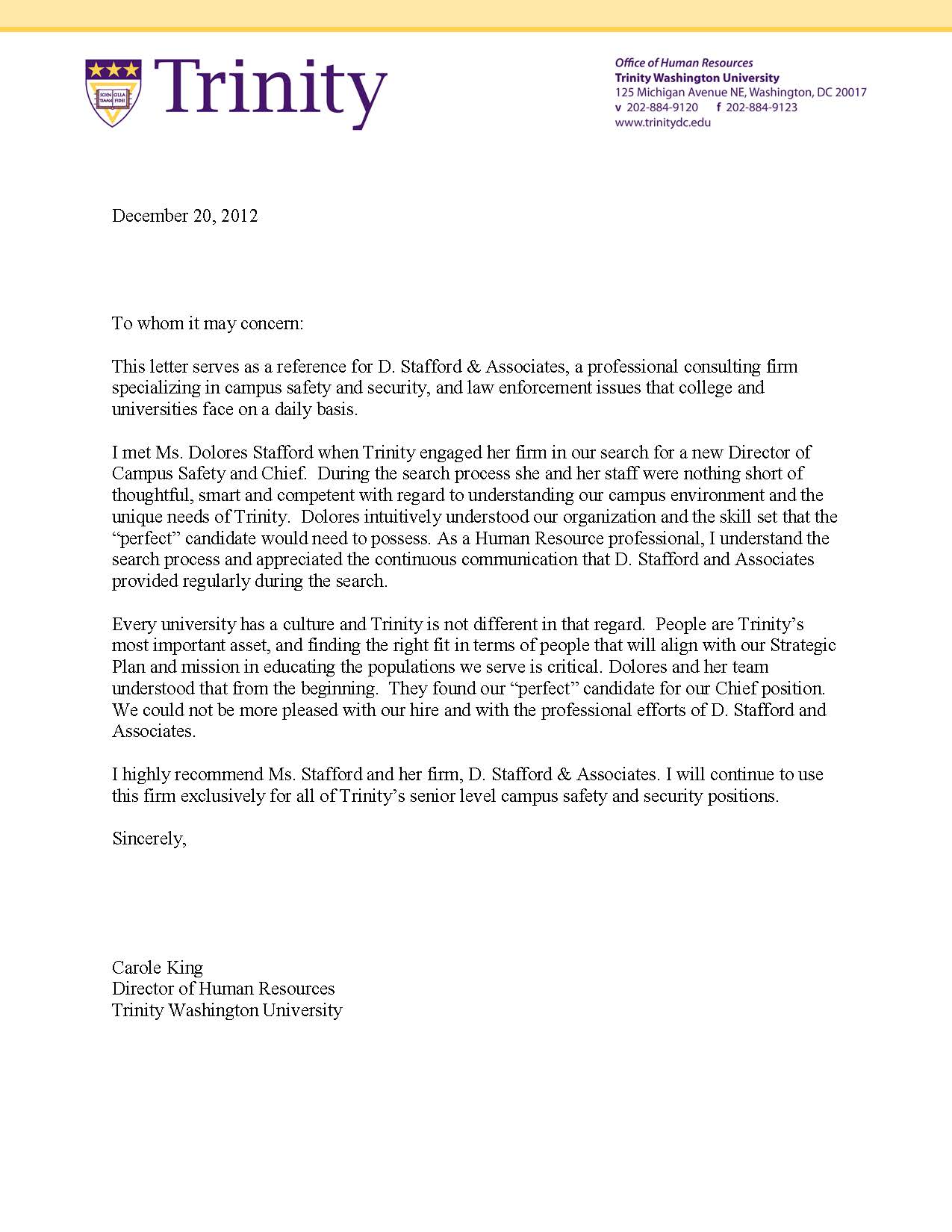 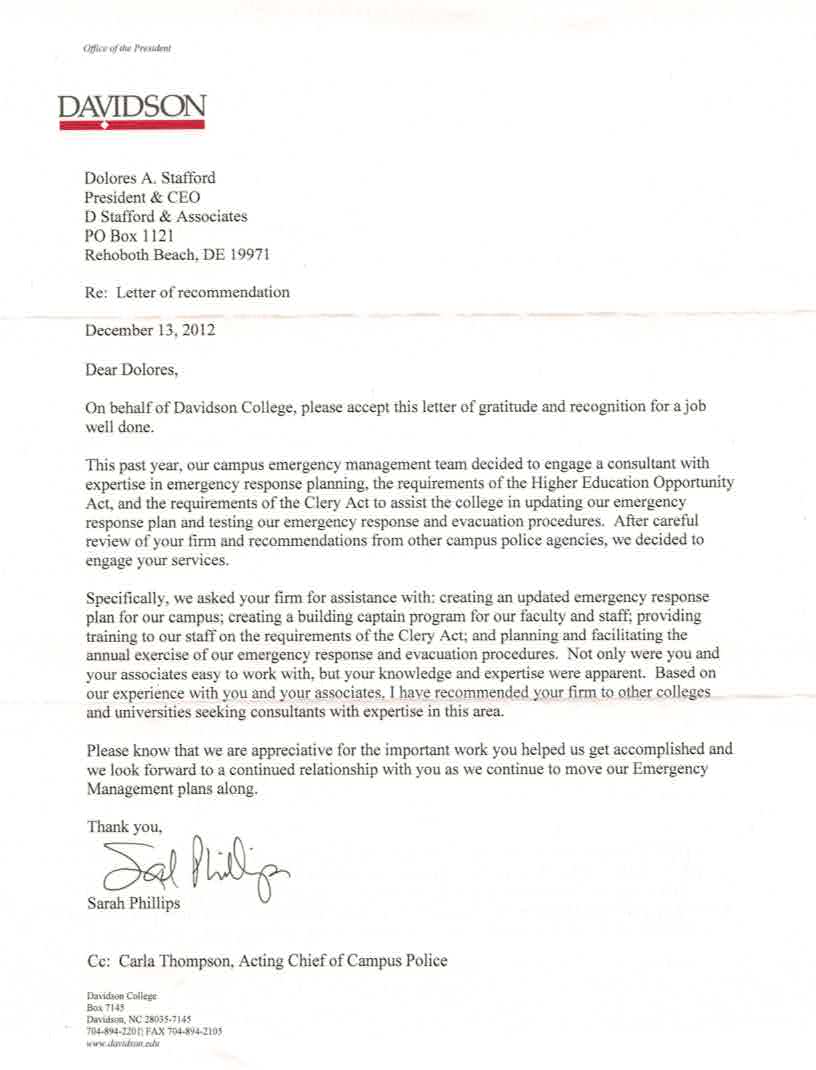 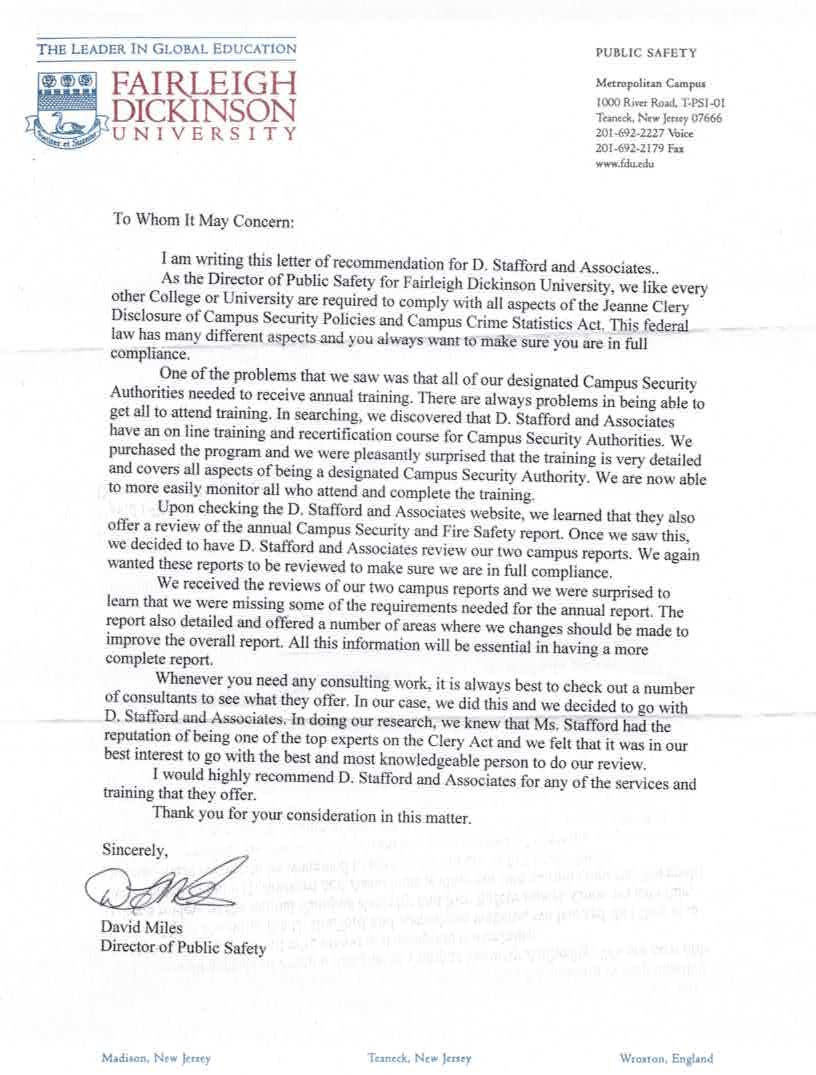 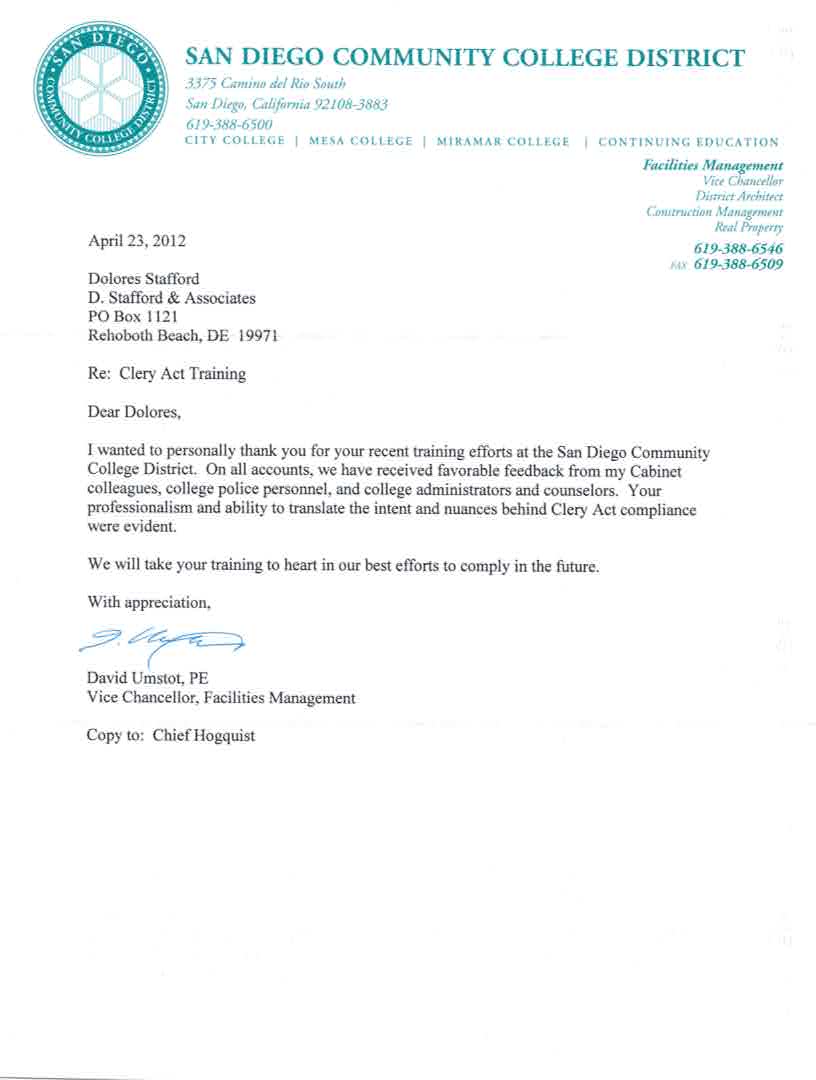 To view of list of publications, conference presentations, and webinars conducted by D. Stafford & Associates, as well as expert panels and key meetings in which Dolores Stafford participated,